At the recent BEMS Winter Board meeting, the Awards Committee presented Niels Kuster as its recommendation for the 2012 D’Arsonval Award.  Representing the highest award bestowed by BEMS, the Board of Directors ratified this selection, and the award will be presented at the next Annual Meeting of The Bioelectromagnetics Society in Brisbane. 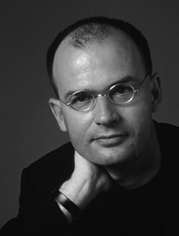 Niels Kuster is perhaps best known for co-founding the non-profit Foundation for Research on Information Technologies in Society (IT’IS) in Zurich, Switzerland.  This non-profit organization has earned a worldwide reputation for its work in experimental and numerical RF near-field evaluations, particularly for risk assessment of current and future information technologies, and the safe application of EMF for medical, health maintenance and quality of life support systems. The IT’IS Foundation currently employs about 30 people including 25 scientific personnel. Since its inception, annual third party funding has remained constant at between 3–7 million Swiss Francs.

The focus of research is currently in six areas:

A detailed description of the current activities and research projects is available at the IT’IS website: www.itis.ethz.ch.

Niels served the Society as a member of the Editorial Board of The Society’s journal, Bioelectromagnetics, as a member of its Board of Directors, and later as its President.  During his tenure as President, he consistently informed members about work in progress within BEMS through his bi-monthly letters to the membership published in this newsletter. The BioEM-2009 Annual Meeting in Davos benefitted greatly from his personal dedication while he was President-Elect of the Society.  He is a member of several standardization bodies and is a consultant to government agencies in several countries on the safety of mobile communications.  Dr. Kuster is a Fellow of the IEEE, an associate editor of IEEE Transactions on Electromagnetic Compatibility, and a delegate of the Swiss Academy of Science.

Comments from one of the people supporting his nomination for the d’Arsonval Award reinforced those of many others, noting that Niels “is a rare combination of scientist, leader and entrepreneur, always with great care for details. He has the ability to gather a devoted group of people, who totally cover all aspects from biology, numerical dosimetry, invention and production of test equipment. Many scientific groups globally have benefitted from his expertise and used his inventions in epidemiology or biological studies.”

The d’Arsonval Award will be presented to Niels Kuster  in a session on Tuesday, June 19, 9:30-10:30 am, during the BEMS Annual Meeting in Brisbane, Australia.